Some telecommunications engineers give their age in mobile phone technology generations rather than in years. These same technicians have just released 5G and are already working on 6G, without no break in between. Possibly some of these visionaries have that phrase from guru Peter Drucker, in which he assures that the best way to predict the future is to create it, framed on the walls of their offices. With no time to lose, network and microprocessor providers have their best people working on the bandwidth on which the Internet of Senses (IoS) will grow, with touch, smell, and even taste as the new wonders, all in a framework of full cyber-physical convergence of the physical, digital, and personal worlds. The new mantra is now extended reality.

The telecom operators consulted highlight the theoretical capabilities of future 6G networks to expand the user’s cognitive experience, plunging them into fully immersive and multi-sensory realities in terrestrial, aerial, maritime, and even space environments. The telecoms consensus disagrees on the dates, with some suggesting that 6G networks will begin to be standardized around 2027, with the first real prototypes maybe being ready by 2028. However, other players, perhaps in a more realistic and less hurried scenario, suggest traveling to 2030 to coexist with technology that will presumably be contemporary with quantum computers and which will set the pace of future digital transformation in the following years.

With speeds of one terabyte per second under special conditions, a thousand times faster than the promised gigabyte of 5G, the scenario envisioned for the next decade has us rubbing our eyes in disbelief. Power consumption is expected to be reduced by magnitudes a thousand times more efficient than today and the network response time will be less than a millisecond (a thousandth of a second), compared to 10 milliseconds for 5G. These latencies will allow robots to work in complete synchrony in the future Industrial Internet.

One way or another, the experts polled on the fate of 6G agree that holograms will be so good that it will be difficult to distinguish real scenarios from virtual ones. People will be able to create a digital twin of themselves to attend pseudo-face-to-face meetings thousands of miles away without moving from their screen. This will be the tipping point for business travel and convention hotels. Digital twins will also be used in sustainable food production or to represent behaviors with which to “model, monitor, and accurately manage almost any public or private service, such as public transport, health care, or environmental monitoring,” representatives of Ericsson explain.

2D will become a thing of the past as avatars incorporate not only the depth but also the opacity of physical bodies. This telepresence will be a common experience in the decade of 2030, as it will be possible to “interact or experience the physical world remotely with real fidelity, which includes both virtual reality and augmented and merged reality” representatives of Ericsson explain. Specifically, “users can interact with digital replicas of other humans or objects in real time using multi-sensory interactions, extending the audiovisual experience with haptic or even olfactory experiences, creating a fully merged cyber-physical world”.

Hyperconnectedness will be like the air we currently breathe and young people won’t need a license to drive truly autonomous cars. In fact, real-time spatial mapping (to the delight of autonomous cars) will be part of the technological norm while user data will incorporate context as a variable of special value in its analytics. It’s possible that images will be 24K and artificial intelligence will seem almost natural. At this rate of development, the first world will see device batteries capable of running for weeks, with cloud services at ground level in almost every object.

Drones will form part of the landscape, as will millimeter wave mobile antennas (mmWave). The widespread use of these high frequencies will meet the connectivity needs of thousands of people at the same time, but also those of the new generation of robots (or cobots), which will gradually become the most efficient and tireless co-workers, performing increasingly complex and collaborative tasks.

Giovanni Geraci and Ángel Lozano, members of the Department of Information and Communication Technologies at UPF, say that the “killer application” of the 6G era will be autonomous air taxis. These services require enormous bandwidths and extraordinary latencies for which hyper-high frequencies, from 96 GHz to 3 terahertz (Thz), may be required, according to a study on the “Flight from 5G to 6G”.

For their part, Ericsson analysts point out that the convergence of the physical and digital worlds will be much more evident in the coming years. “For example, the Internet of Senses will increase our digital awareness beyond the limits of our bodies, so the network will provide cost-effective and reliable solutions for all kinds of use cases,” explains Erik Ekudden, Vice President and Head of Technology and Strategy for Ericsson. The same expert assures us that the 6G innovation platform will be the “backbone” of an information society that will also witness “intellectual exchanges between humans, machines, and software agents, with new forms of collaboration across the ecosystem”.

For his part, Iván Rejón, Director of Strategy, Marketing, Communications, and Public Affairs for Ericsson Spain, explains that “the desire for more advanced use cases in which the physical and digital worlds converge can already be seen in 5G and will be even more evident in the development of 6G. For example, the Internet of Senses will heighten our senses beyond the limits of our body. Now we are imagining the possibilities that unlimited connectivity networks could offer people, businesses, and our world as a whole,” he explains.

The strategic importance of 6G is on the political agendas of the world’s most developed countries. The race has just begun and whoever positions themselves on the starting line will have an advantage over their rivals, especially in areas like the security of critical supply chains, battery autonomy, and Artificial Intelligence. For this reason, at the last G7 Summit, the US and UK governments agreed to collaborate on the technical standards of the future 6G with the “ambition to lead the world in R&D, create jobs, and ensure citizens’ security”.

At the end of last year, the so-called Next G, an alliance of countries to define 6G roadmaps, was also launched. For its part, the EU will have a budget of 900 million for the next six years to create a joint undertaking dedicated to Intelligent Networks and Services with a view to developing 6G, complementary to the Hexa-X project, with initial funds of 60 million euros. Germany alone will allocate around 700 million euros for research into future broadband by 2025.

We will have to keep this text for nine to ten years to be able to see how much truth there was in the forecasts of the consultants who, at the end of last September, met at the 6G Summit, among them Vint Cerf, considered one of the fathers of the Internet. This type of forum advocates the digital equity of a super broadband generation that will “democratize connectivity and its benefits”, in an inclusive society vaccinated against any type of technological gap.

For its part, the Academy of Finland is ahead of other academic institutions in its quest to advance the applications of distributed intelligent computing. Industry sources also explain the launch of working groups such as the 5G Infrastructure Association, where telecoms companies such as Telefónica, Telecom Italia, Telenor, and Orange collaborate with network providers such as Ericsson and Nokia with the aim of defining an initial consolidated vision of 6G networks with a 2023 horizon. 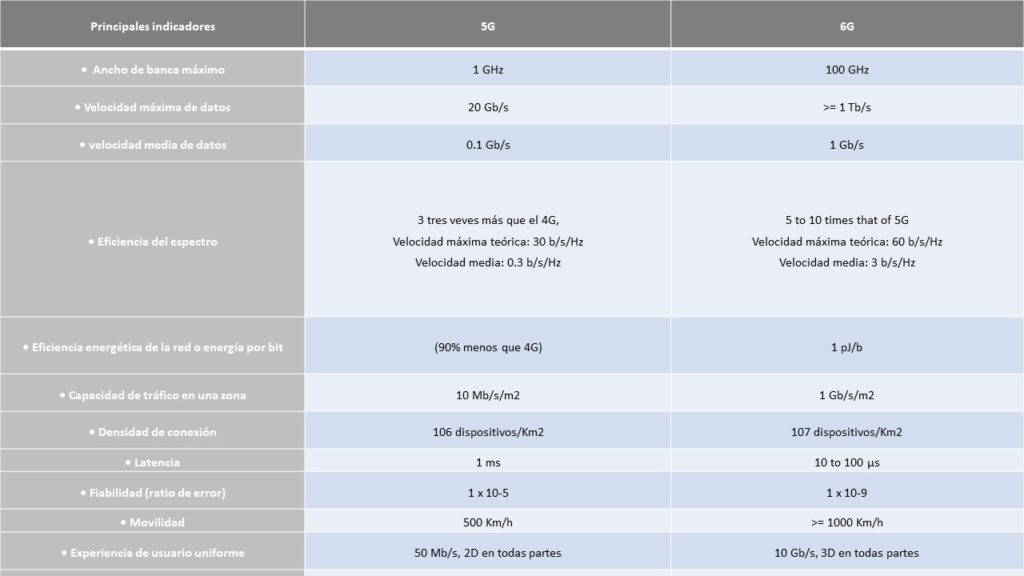 Antonio Lorenzo is a specialist telecommunications editor for elEconomista